Equestrian Direct designed the Turfloat surface to closely replicate the natural qualities of turf, mimicking the binding ability of topsoil.

As such, TurfFloat provides a secure footing, allowing the horses to travel across the top of the surface and not through it. Fibres help to prevent the sand from riding dead and provide an element of life from the surface, while minimal kickback and surface movement, gives a confident ride, while also ensuring the surface requires minimal maintenance.

Ideal for showjumping and dressage, TurfFloat provides even hoof support, reducing the likelihood of jarring injuries.

TurfFloat can be used both indoors and outdoors, on both new and existing surfaces, as well as gallops. The light appearance of TurfFloat makes it ideal for indoor schools where natural light is limited. It has been the indoor surface choice of Solihull Riding Club in the Midlands and has also been used at Olympic, and World Equestrian Games. 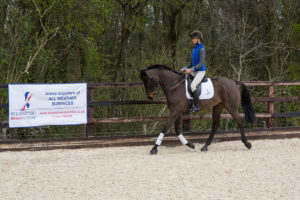 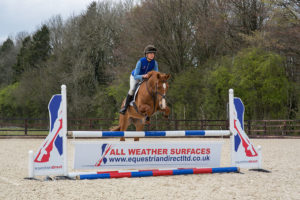 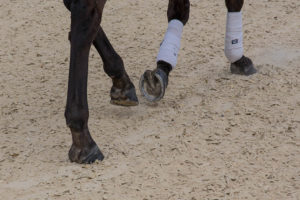 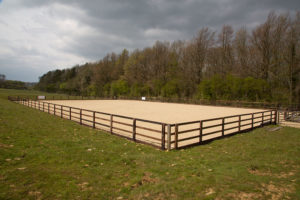 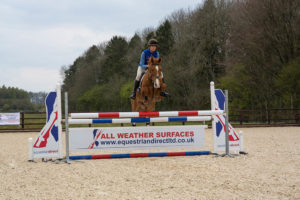 Turffloat™ has several options of being installed:

Turffloats’ stability makes it ideal for show jumping surfaces and many other equestrian disciplines as it provides secure footing, giving your horse confidence when jumping and turning.

“We have the EQ8a, Turffloat and Hydrogel in one school. This surface is easy to manage and does not appear to move too much ensure a secure footing and level surface for the horse and rider. Once dampened in the winter retains the moisture and keeps a light ride. Through the summer it requires regular watering but as long as this is done it remains an even surface, it has also retained a light colour making the school inviting and feeling larger.”